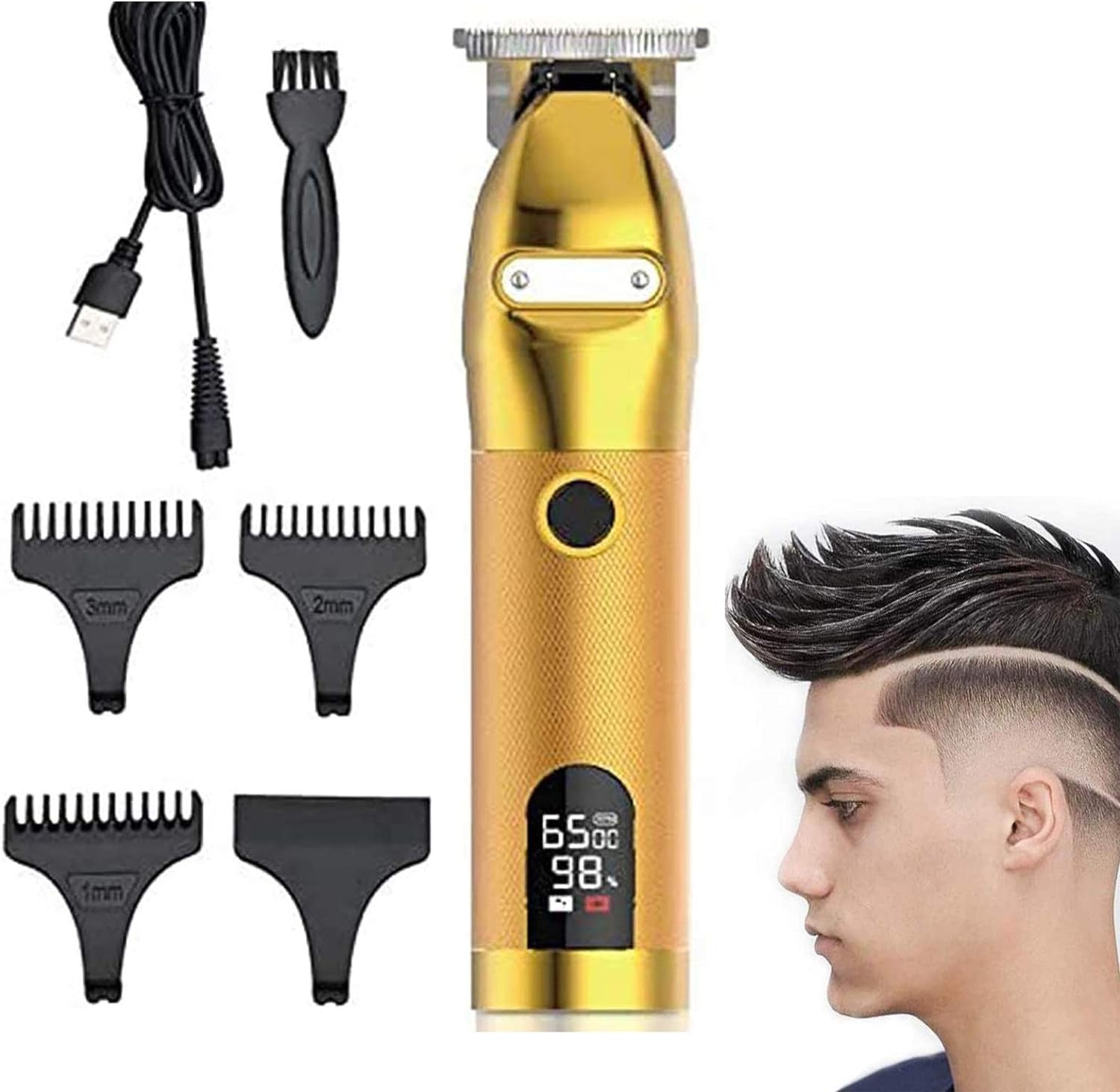 About the product:
The golden contour trimmer is a professional all-metal, cordless/cordless lithium contour trimmer. It has exposed T-shaped blades that can display 360 degrees. This cordless/cordless electric hair trimmer is equipped with a lithium battery that can be used continuously for 3 hours and has a knurled barbell grip, which is very comfortable. Use this professional lithium ion trimmer to handle fragile edges, hard lines and all other details.