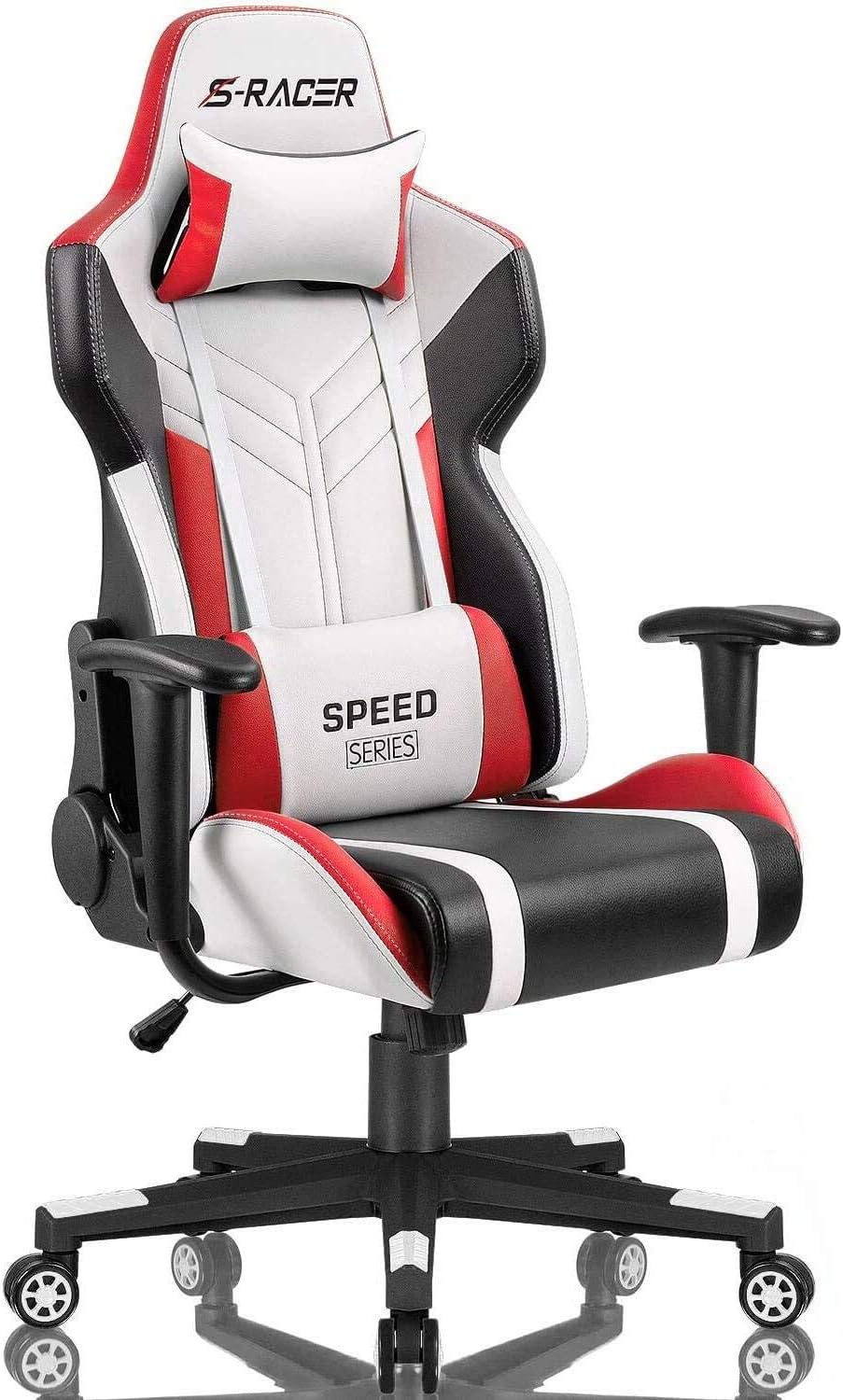 Homall brings you a racing chair designed with an emphasis on appearance and ergonomics.

This is more than a chair to sit on, it's an artwork that can provide you all day relaxation.

The overall design of the gaming style, sturdy structure with delicate leather texture.

Streamlined side of the chair, all adjustment devices are located on the same side, simple and convenient.

Integrated overall seat back design, the steel frame structure guarantees the strength of the chair.

Streamlined side of the chair, all adjustment devices are located on the same side, simple and convenient.

Right Side of Chair

Left Side of Chair

Homall brings you a racing chair designed with an emphasis on appearance and ergonomics.This is more than a chair to sit, it's an artwork that can provide you all-day relaxation.