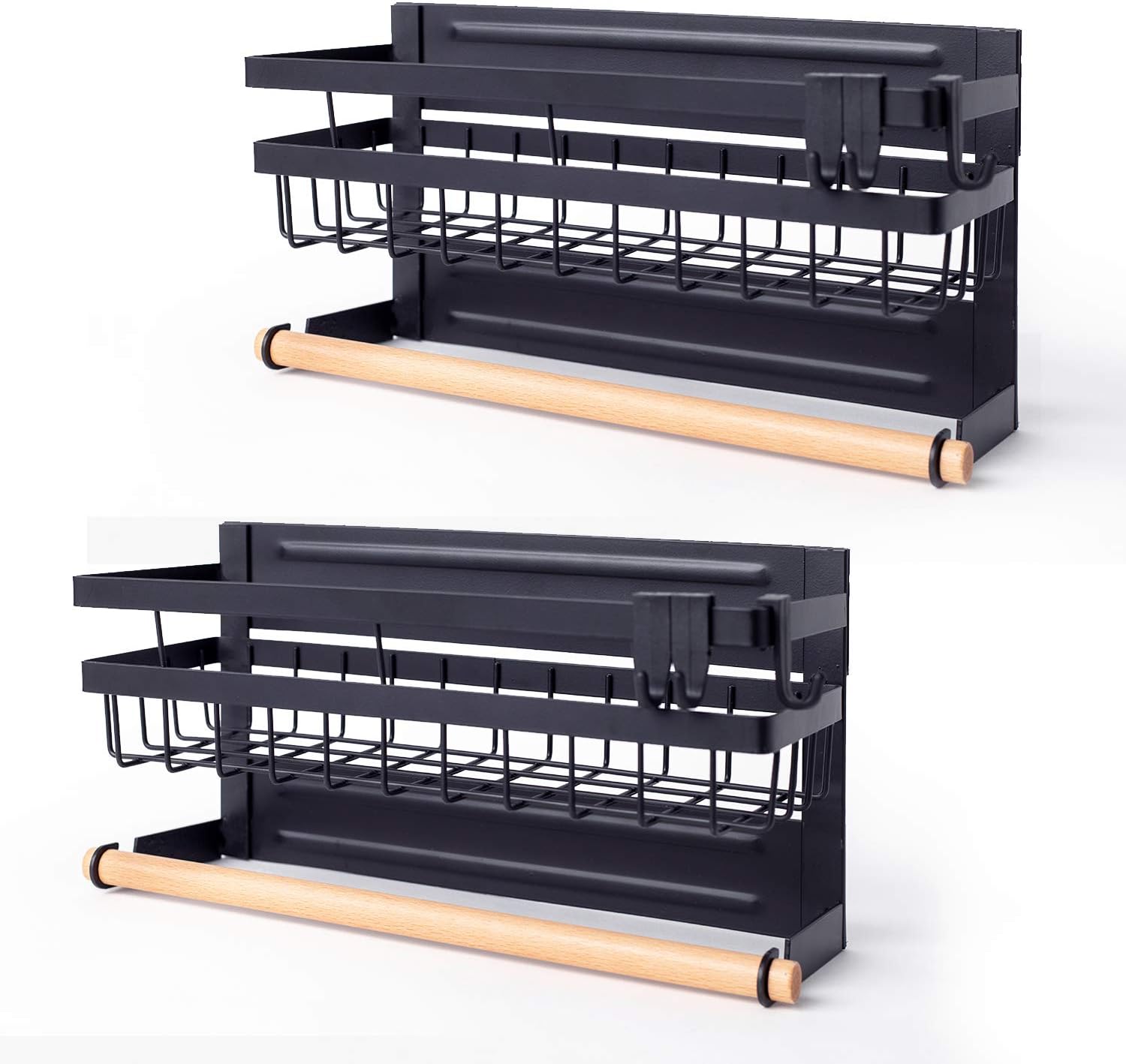 Solution for save space: Store your favorite spices, oils, vitamins or anything you need in arm’s reach with this Magnet Spice Rack

2-in-1 design, which is kitchen storage shelf as well as a paper roll holder, while save space for your kitchen

2-layer super strong magnet on the back

Solution for save space

Two sets of combination with double-layer design is flexible and convenient. Place all your spice jars or supplements orderly in this magnetic organizer for refrigerator 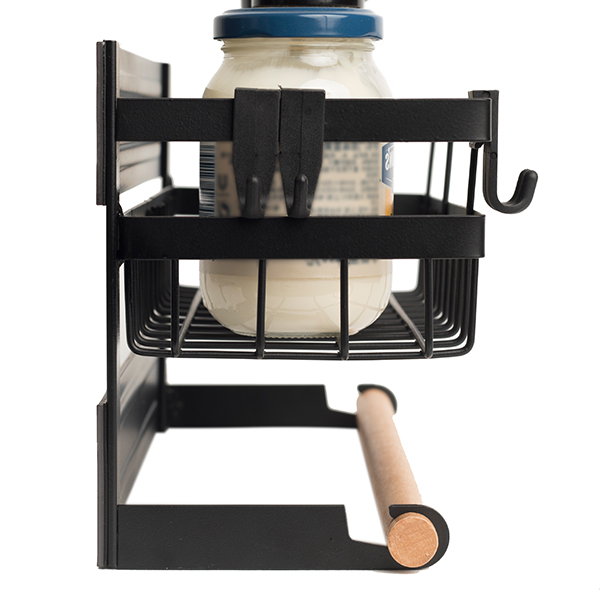 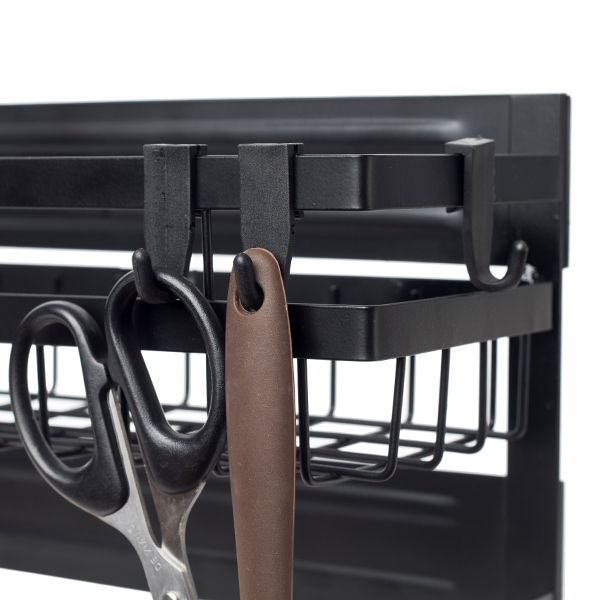 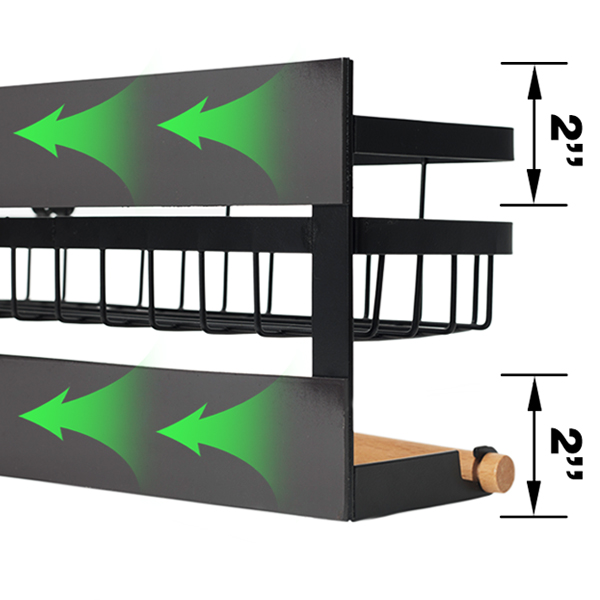 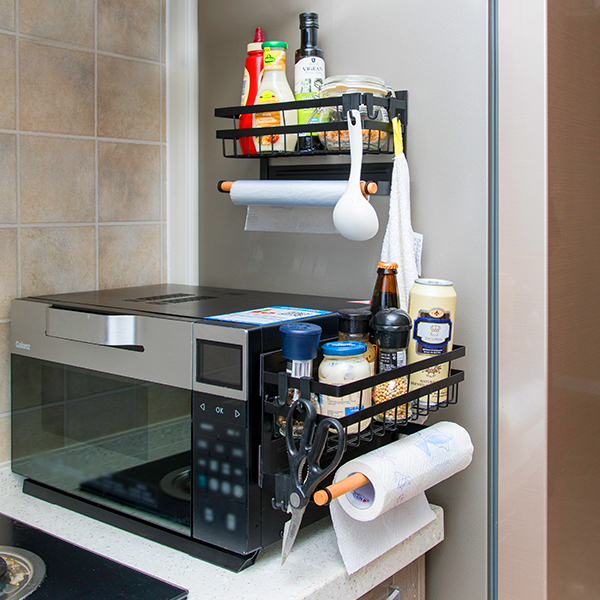