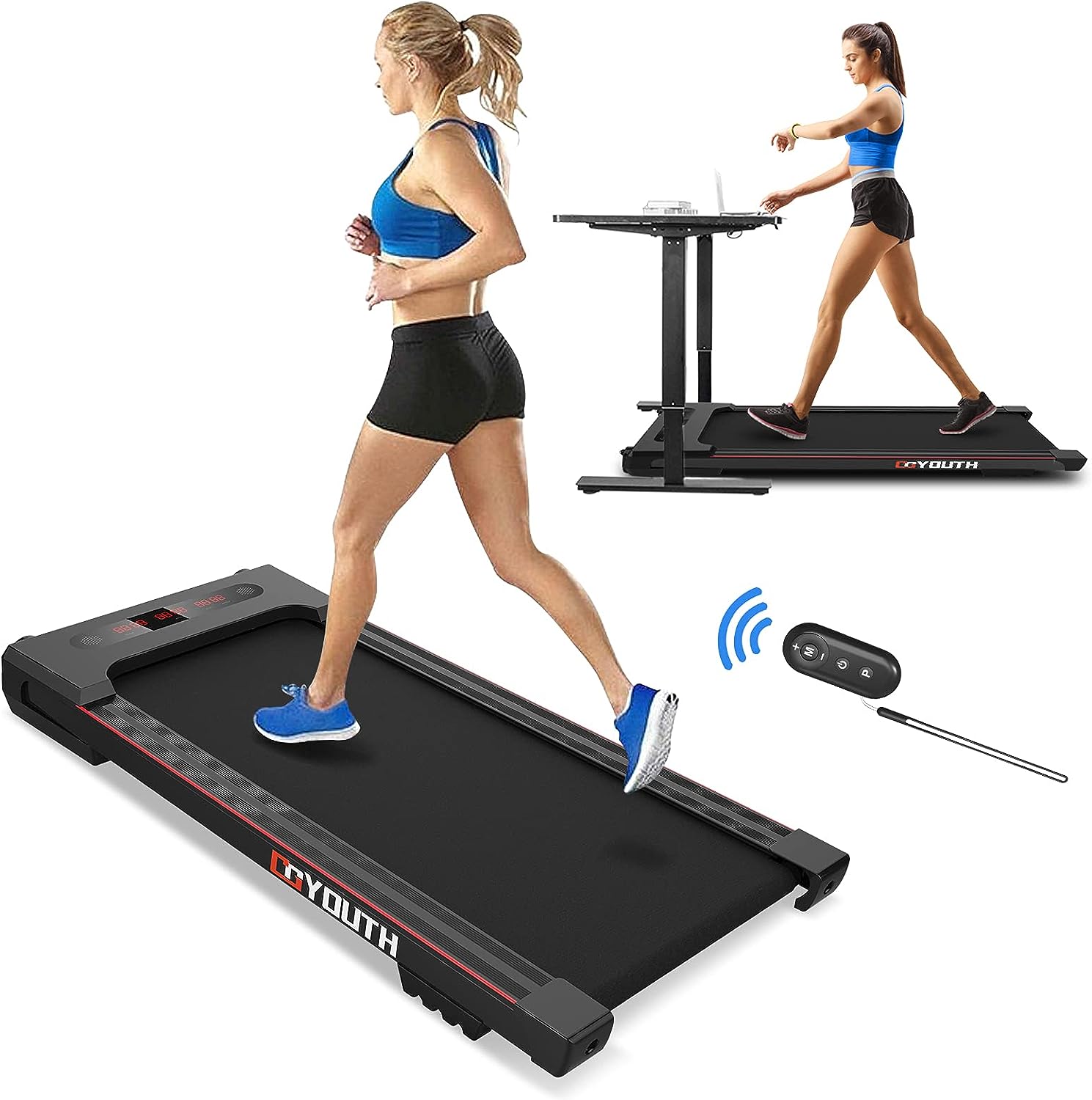 Our under desk treadmill is specially designed for home and office environments. The powerful 2.25HP engine supports your daily exercise needs. The super thin and light design makes it easy to move and store.

The matched LED high-definition screen allows you to intuitively feel the time, speed, distance and calories burned, and keep abreast of your exercise status.

What are you waiting for? Hurry up and act immediately!